The former Colombo Chief Magistrate Thilina Gamage has made 3 startling allegations at the Presidential Commission of Inquiry on political victimization as per 6 March 2020 Island newspaper article by Shamindra Ferdinando. Mr. Gamage is alleging that UK intervened in judicial cases while the Attorney General’s Dept & the CID had also unduly interfered in some high profile cases during yahapalana ‘good governance’ rule. It is interesting how the very countries demanding transparency and independence are found poking their noses into affairs of sovereign nations.

According to former Colombo Chief Magistrate Thilina Gamage he had ‘received unsolicited advice from the British High Commissioner in Colombo by way of a letter instructing him on how to handle the alleged Navy abduction case.

Thilina Gamage has informed the PCoI that he had written back to the British High Commission reminding him that Sri Lanka was no longer a British colony and his advice was not required.

It is poignant that Thilina Gamage had replied to the British High Commissioner.

Has he presented his reply to the Commission of Inquiry?

Not many have the pluck to tell a British High Commissioner that he should not think he is Governor Brownrigg!

Both are also giving evidence regarding their own political victimization at the Presidential Commission of Inquiry by the previous government.

Who is Thilina Gamage? 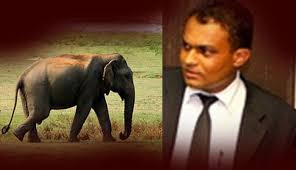 In May 2016 following complaint by Attorney General Jayantha Jayasuriya the Judicial Services Commission interdicted then Colombo Additional Magistrate Thilina Gamage on the allegation that he possessed a baby elephant without a valid license.

Thilina Gamage was indicted in July 2019 and suspended from functioning as a magistrate. The original complaint regarding the elephant was filed by then Yahapalana Minister Wasantha Senanayake.

In February 2020 the Court of Appeal dismissed request by Gamage to transfer his case from High Court of Colombo.

Gamage claims he had been politically victimised by former Prime Minister Ranil Wickremesinghe as he refused to act according to the former premier’s instructions when serving as a magistrate. Another startling revelation that requires further investigation.

Thilina Gamage’s grievance expressed to the PCoI include

While Thilina Gamage’s revelations are startling what draws our attention most is the interference of the British High Commissioner to think fit to even write to a Magistrate. It goes to show how unashamedly the Western diplomats saw fit to interfere in Sri Lanka’s internal affairs during the previous government. This was visibly seen in the manner that they sat inside the Supreme Court when its pet poodles were close to being thrown out of office in October 2018. It looks also quite obvious that the foreigners were making their way in and out of ministries and State institutes gathering confidential and State information.

What is the present government going to do about the interference by British High Commissioner and other envoys in Sri Lanka’s internal affairs?