Sri Lanka only country in the world where “Genocide of Tamils” increases Tamil population!

Isnt this baffling? Sri Lanka is accused of committing genocide, plenty of propaganda is being paid for to showcase this but no one seems to be bothered to look at the statistics and ask ‘how can genocide take place while Tamil population is increasing?” A lot of people have landed in a soup associating themselves with the 40,000 or more genocide claim. Pressed to show evidence they have only paid propaganda and nothing else. However, what needs to be reiterated is that war crimes tribunals can be considered if and only if there is a semblance of truth to the claim of 40,000 dead (being killed)…even that looks quite remote now. Therefore, the GOSL must not allow the UNSG to wriggle in another joint statement that would create plethora of problems for the country. At the other end without any uniform global census mechanism countries are clueless about the numbers of Tamil migrants who have gained entry as asylum/refugees, political refugees, official migration schemes, origins of naturalized citizens/green card holders etc. So we do not know how many Tamils/LTTE have left the country legally or even illegally and none of the countries they are in can give correct figures either. However, what we can confirm is that the numbers that Tamil diaspora are dabbling in and the numbers claimed as ‘genocide’ figures are absolutely bogus and nothing but propaganda. Tamil population

What is clear from historical evidence is that at no time was there any exclusive Tamil territory and more importantly there is nothing to show for Tamils as an ethnic group evolving in Sri Lanka.

However, there is enough and more evidence to show how South Indians travelled to the island nation and settled down at various time periods. The colonial invaders have confused the situation by lumping the Tamils whom they brought from South India as virtual slaves and laborers with those who had come during various invasions and settled down and their children born in the island. This cannot deny that their roots continue to be South India. From the census taken by the colonial occupiers it is very clear that they did not differentiate South Indians from the Tamils in Sri Lanka and it took a Tamil to separate the two in 1911 at which time for the first time the census created Ceylon Tamils.

Claims of genocide is serious but it must have evidence. South Indian invaders committed genocide of humans as well as cultural genocide in particular Sena & Guttika who invaded, killed and ruled for 22 years. The colonials not only invaded and killed they converted natives by force and created systems to divide and rule. Much of the terminologies in vogue were created by these Europeans. The context they use caste was different to what was used by the natives. Minority and Majority, secular, multicultural terms are also creations of Europeans.

However no claims of genocide can hold water unless it matches with the births, deaths and migration statistics (migration to Colombo and other parts of Sri Lanka and migration overseas legally as well as asylum/refugee seekers and economic migrants). Over and above this is the need to know how many Indians have illegally come and settled down in Sri Lanka and how many of their progeny now go as Sri Lankan Tamils without legal basis! It is also crucial to know how many Indians fought as LTTE cadres as LTTE’s Tamilselvan claimed 33% of their cadres were from Tamil Nadu.

Let’s look at some historical facts

Sri Lanka is an island nation. The Palk Strait that divides Sri Lanka from India is just 33miles. There has been 17 invasions by South Indians Tamil/Dravidians since 230 BCE who had ruled the island at different spells for 170 years (Daya Hewapathirane). We do not know how many came or eventually settled but we do know that they ransacked, destroyed and killed Sinhalese upon their invasion.

We do not know the population of Sinhale nation under the Sinhalese kings but ancient ola manuscripts kept in the temple town of Tissawa in seven Korale’s claim a population of 70.5million. While the ancient chronicle Mahavamsa records 3000 Buddhist priests in 300BC, 40,000 army during King Devanampiyatissa’s rule, 100,000 Buddhist priests in 150BC, 90,000 Buddhist nuns also during the same period and 60,000 army during King Dutugemnu’s rule. The Pujaveliya records 2,125,000 army during King Parakramabahu’s rule in 1170AD while the Rajavaliya records 1,470,000 Sinhale army in 1300 AD. What we can deduce from these numbers of Buddhist priests and Sinhale armies as well as the remnants of the stupas, irrigation works, large dagobas etc is that the population under the Sinhale kings would have exceeded the numbers before the massacres by the invaders and the census statistics taken by them years later (South Indian and the 3 colonial powers)

What needs to be remembered in no uncertain terms is that the population of Sri Lanka was predominantly Sinhalese.

According to the SL Government Population & Housing Census

Census of the Population of Sri Lanka was taken on 9th October1971. file:///C:/Users/TOSHIBA/Downloads/Census1971_Rep001.pdf

The term ethnic group was introduced at the Census of 1963 previously ‘race’ was used. The term nationality was used in the censuses upto 1901. It was only after 1911 that Tamils were divided as Ceylon Tamils & Indian Tamils. Prior to 1953 there were more Indian Tamils than Sri Lanka Tamils in the country. In 1971, 99.2% of the aliens were citizens of India

In 1971, nearly 21% of the island’s population lived in the Colombo district

Nearly 50% of the island population lived in the 5 districts of Colombo, Kandy, Kurunegala & Kalutara whose combined area constituted 19.4% of the total land area in Sri Lanka.

The estimated population of Mullaitivu district is 121,667 and it is the district with lowest population in the year 2001.

Colombo is overwhelmingly the most densely populated district with 3,330 persons per square kilometer, which is nearly 11 times higher than the national figure.

2011 – According to Ministry of Finance & Planning/Dept of Census & Statistics enumeration of Northern Province (covering districts of Jaffna, Mannar, Kilinochchi, Vavuniya & Mullaitivu) total population was 997,754 in 2011  – Jaffna district comprising a population of  567,229  www.statistics.gov.lk

It would be interesting to know where the 146,958 (difference from 1981-2003) have gone and can be explained from intern migration/external migration and those joining LTTE or illegally living as asylum seekers.

Between 1981 to 2007 there are many reasons attributed to the decrease in Tamil population – LTTE recruited civilians, LTTE had its own civilian armed force, LTTE had child soldiers, we really do not know how many Tamils were trained in armed combat though we do know that India clandestinely trained 2236 cadres in addition to 94 female cadres in India in the late 1970s (Jain Commission report) When over 30,000 Sri Lankan soldiers in total have died and over 30,000 soldiers have become injured there has to be a significant number of LTTE cadres to have killed and maimed the national army of Sri Lanka as well as being shot back at too. Likewise, we do not know how many LTTE cadres/child soldiers/suicide cadres actually died in combat and as a result of hostilities even including the last stages of the conflict when LTTE used civilians to fire and LTTE was firing in civilian clothing. Please note all 12,000 LTTE cadres who surrendered were in civilian clothing.

Additionally, there are claims that close to 1million Tamils are living overseas. This number whether they went legally or illegally has to be deducted from the Tamil population census of Sri Lanka.

Let us also note a significant number of Tamils have migrated to Colombo and other parts of Sri Lanka as well as overseas (legally and illegally)???

Over 97,000 Sri Lankan Tamils have come to settle in Western province since 1981.

The visible increase in Tamils to Colombo and suburbs is evident. So too are the condominiums and flats that are emerging funded by Tamils from Bambalapitiya to Dehiwela where in on each road an average of at least 5 flats can be seen. Many of these Tamil owned flats do not rent/lease to Sinhalese even if the flats are empty. There have been paid adverts seeking only Tamil tenants.

What looks obvious is that the figures of Tamils overseas appear to be inflated when compared against the census unless there are Tamils living overseas without legal papers. Perhaps those who rant and scream that they can’t return to Sri Lanka do so in the hope of seeking asylum by any means in the countries they are presently illegally staying. Illegally staying is cumbersome when it comes to educating one’s child, in case of a burglary one cannot report the issue to the police, in case of a mugging similar situation.

It is unfortunate that the foreign governments nor the missions in Colombo wish to investigate how many Tamils are living in their countries illegally in particular how many with LTTE connections are also seeking asylum under bogus claims or how many LTTE cadres might have fled or being helped to flee by dubious NGOs that had been operating in Sri Lanka in cahoots with LTTE.

What is clear is that we cannot go by the figures given by Tamil websites and reports for these figures do not tally with the official records and statistics given by the foreign governments.

This topic was taken up by Kathy English “a significant discrepancy between Statistics Canada’s census data – which points to 29,435 ethnic Tamils in Greater Toronto – and the far greater estimate of 200,000 cited by various academic experts”. She also cites Star library’s “statistics pro” Rick Sznajder who took Immigration Canada stats indicating that 114,896 is the total immigration from Sri Lanka from 1983 to 2007 to conclude that “it seems highly unlikely that the number of Tamils in Toronto is anywhere near the reported 200,000 figure.”

What is obvious is that the lying propaganda machine has misled the entire world.

Therefore, while there is no basis for any war crimes tribunals it is suggested that we begin from scratch and foreign governments and the UN first try to assess how many Tamils are living legally and illegally overseas and match that against the statistics. Let us also note that there have been dual entries to the Tamil census by families who have included their children living overseas as those living in Sri Lanka.

Anthony Bertolaccai, A View of the Agricultural, Commercial and Financial Interests of Ceylon (1817)

Michael Roberts, Caste Conflict and Elite Formation. The Rise of a Karava Elite in Sri Lanka, 1500-1931

Population of Sri Lanka report by Dept of Census & Statistics at the request of the Committee for International Coordination of National Research in Demography {C.I.C.R.E.D) www.cicred.org

Previous: Buddhist Organizations Condemned the OMP Bill
Next: Multiculturalism is making a joke out of Sri Lanka : Planting a Christmas Tree in the middle of Galle Face Green 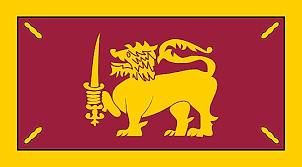 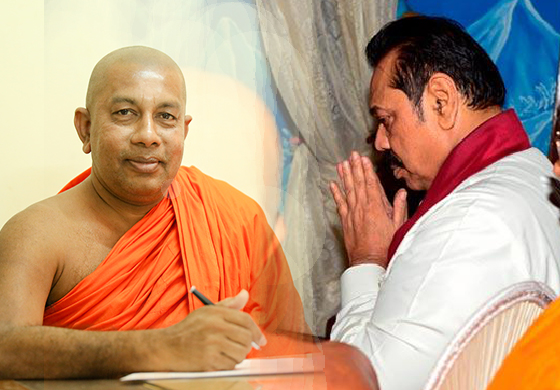 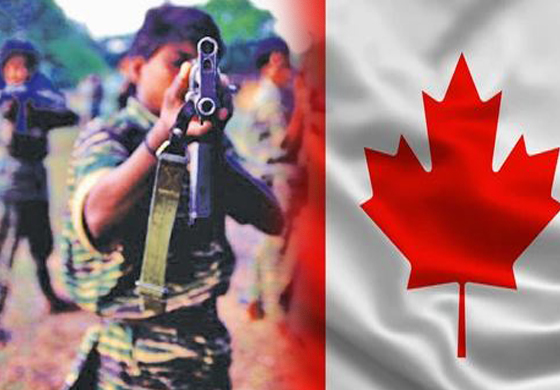 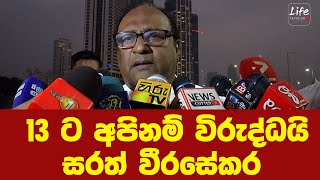 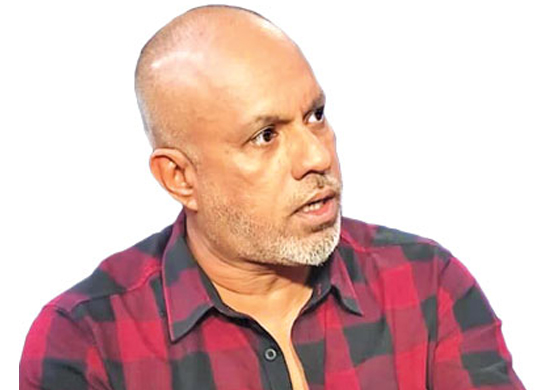 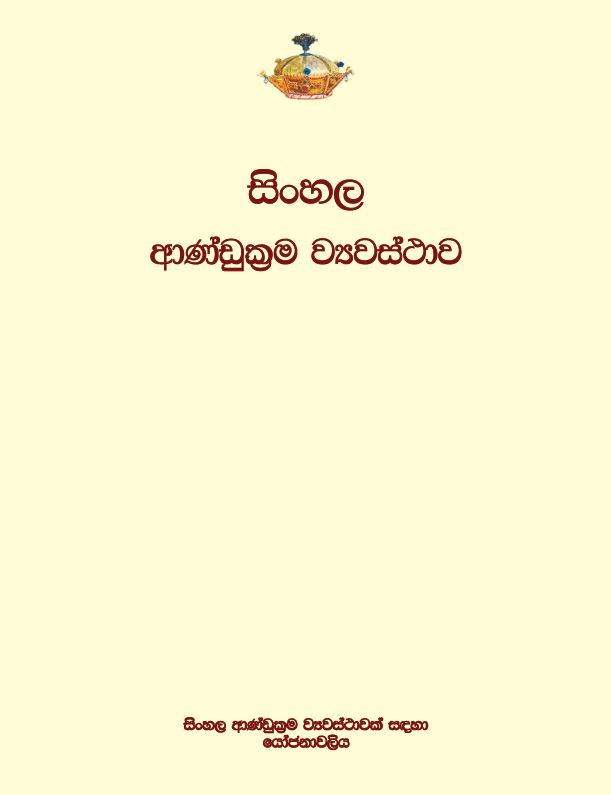 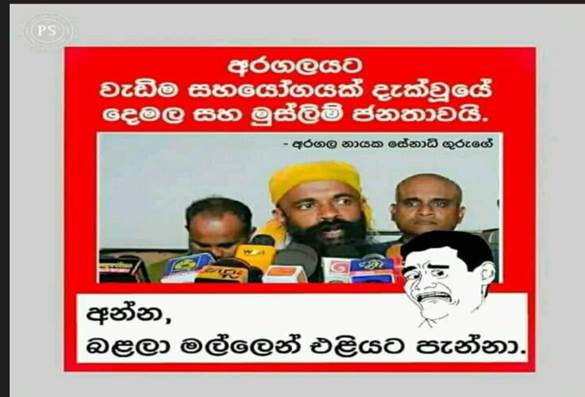 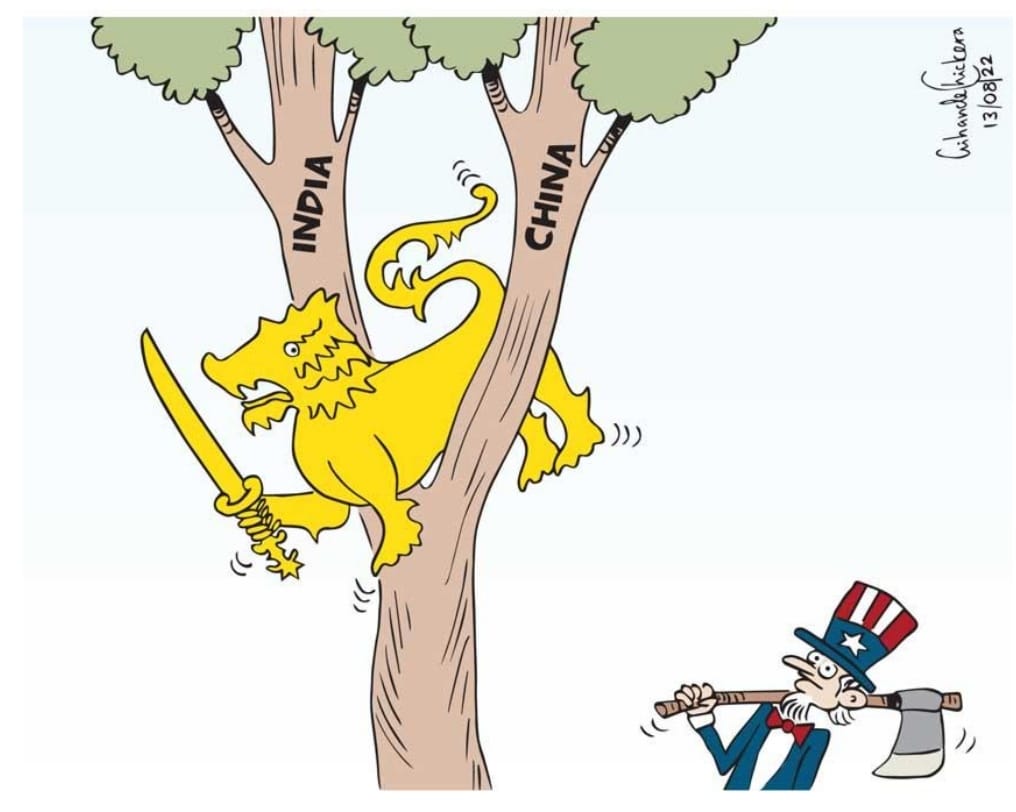