US illegally “annexed” Hawaii: Will Sri Lanka’s fate be same with MCC? 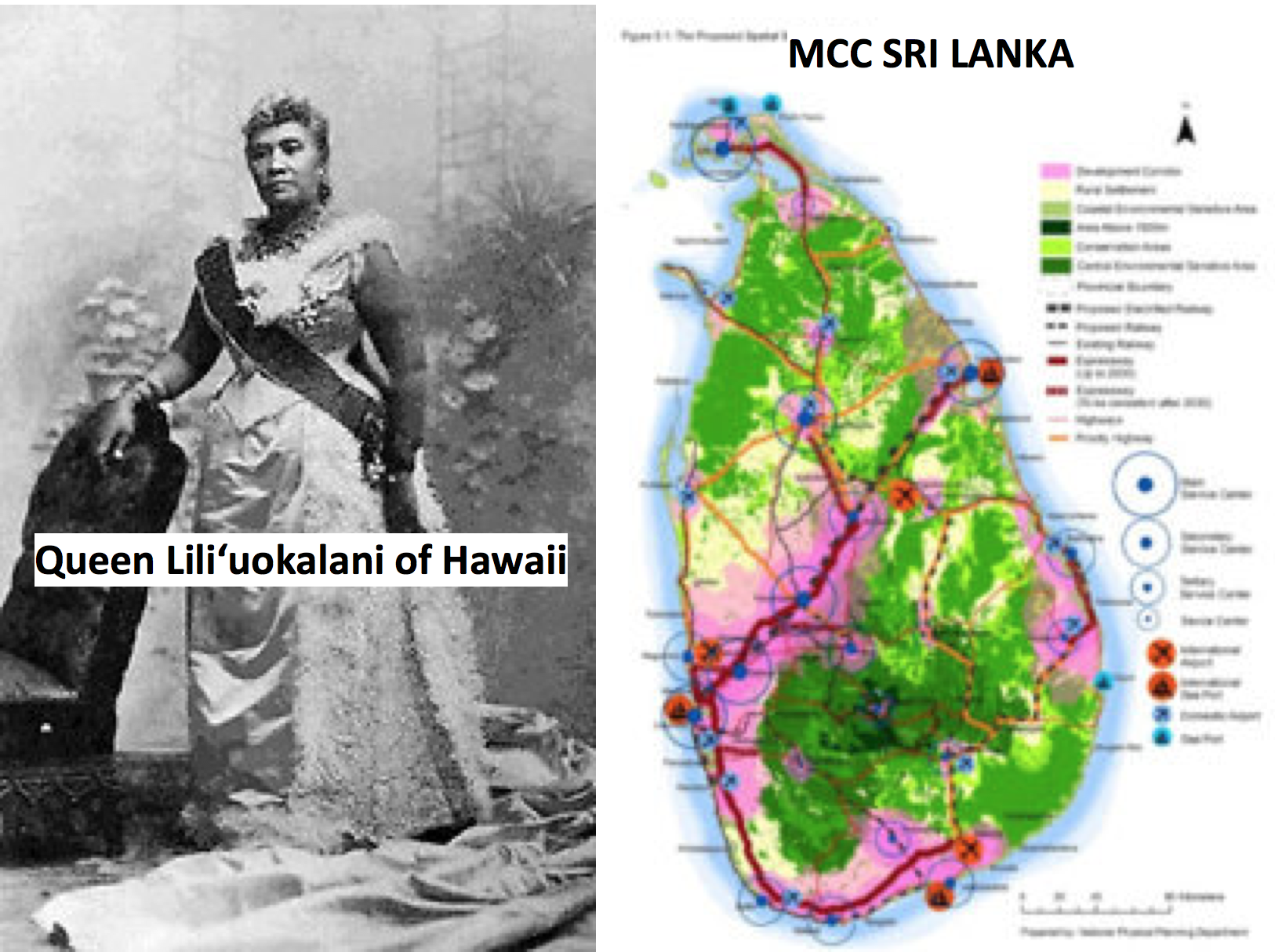 Hawaii was annexed by US in 1898. The reason for Hawaii to be annexed was the fear of Hawaii becoming part of European empire. US doesn’t want to see Sri Lanka tilt to China and is exerting tremendous pressure via Quad partners. Are we interested enough to protect our sovereignty? Before that do we understand the dangers lurking at our door. Didn’t the wise say don’t accept any gift horse that can be a Trojan Horse!

Hawaii was an independent state proved by the 2001 Permanent Court of Arbitration’s arbitral tribunal. By 1893 there were only 44 independent and sovereign States and Hawaii was one of them.

How much of Hawaii’s Polynesian history dating 200AD remains today? Hawaii’s first contact with white settlers was in 1778 with the arrival of Capt James Cook followed by traders, missionaries from Europe & US.

Hawai was made into a kingdom by uniting 8 main islands in 1810. British took over Hawaii briefly in 1843. The whites brought with them gifts of small pox, venereal disease & even mosquitos resulting in native population being reduced by 75%. Pearl Harbour was ceded to the US resulting in US sugar planters taking control of 4/5 of Hawaii’s arable land. 5 corporations wielded political power over Hawaii – Castle & Cook, Alexander & Baldwin, C. Brewer & Co, American Factors & Theo H. Davies & Co controlled 90% of the sugar business.

King Kalakaua’s ruled from 1874 to 1891 during whose time the Bayonet Constitution was introduced manipulating the corrupt King giving greater power to whites & diluting powers to the native Hawaiians. King was turned into a mere figurehead. At his death in 1891 his sister Queen Liliukalani took over. She set out to amend the Constitution returning power to the monarchy and restoring ONLY Hawaiians, the right to vote. The whites planned to overthrow her. The whites secured traitors to their fold. She was betrayed no different to present betrayals. Despite the backing of her countrymen, to avoid bloodshed the Queen stepped down. Signing MCC, ACSA, SOFA and having a formidable foreign presence in Sri Lanka, would this not eventually result in Sri Lanka’s leaders having to do a repeat of Kandyan Convention? Having put the country in a vulnerable and precarious position, they will quickly hand over the country & vacate to better climes!

Not all leaders are bad and President Cleveland certainly differed from other US Presidents. Having heard of the US covert coup he withdrew the annexation treaty and appointed a Special Commission. The report concluded that the Queen had been illegally overthrown & majority of Hawaiians opposed the coup. Though the report proposed the monarchy to be restored the US propped provisional government declared Hawaii a republic in July 1894. The Queen was forced to abdicate & placed in prison for 8 months. Doesn’t it recall the manner US masterminded the ouster of Gaddafi from Libya and all that the US leaders did in 2011 was to laugh and declare ‘we came, we conquered & he died’.

Hawaii came into prominence during the Spanish-American War in 1898 as a strategic position for US troops fighting in Philippines. President William McKinley was opposite to President Cleveland and annexation of Hawaii took place. President Bill Clinton in 1993 signed a Bill apologizing for the overthrow but an apology some 100 years later was really meaningless to Native Hawaiians who had lost their native cultures, traditions & sovereignty. “the native Hawaiian people never directly relinquished to the United States their claims to their inherent sovereignty.”was what Congress said. In 2009 the US Supreme Court declared that the apology did not include land rights that now belonged to the US Government.

You may want to know how Hawaii can be compared to Sri Lanka. The US Pivot to Asia partnered with US allies is nothing Sri Lanka can ignore altogether. Sri Lanka is America’s ‘real estate’ says US official Alice Wells. MCC is a US corporate arm proposing to give $480m over a 5 year period. Is it really a big deal? Sri Lankans working overseas sends remittances annually exceeding what MCC is giving over 5 years! In July 2019 Sri Lankan worker remittances was $702 million – MCC is giving $480m across 5 years! And some say we should be indebted to US for this gift J

MCC is not only the corporate arm of the US Govt, the money it is presumably ‘granting’ is given through a private bank and handled by a private company but the GoSL has to agree to take all responsibility of what this private company does. MCC agreement says US procurement procedures have to apply, Sri Lanka has to waive all taxes and duties for anything going out or coming in. MCC staff and contractors have to be given immunity, we have to change our constitution, land laws & land policies and international law will apply. So what is the sovereign and independent status Sri Lanka can boast about after signing MCC?

In Benin West Africa where MCC has an agreement it was not the Benin Government awarding a contract for a national high voltage substation but the MCC giving to a US company – General Electric.

This is what politicians should feel cautious of.

Soon transnational companies will descend and take away all contracts leaving local companies and citizens with tuppence. Soon international personalities will be swooping all the jobs and Sri Lankans will have no choice but to work under them. Sri Lanka’s Politicians should be alert to how Queen of Hawaii was deposed by a group of businessmen & sugar planters and this was how Hawaii became part of US territory in 1898 and the 50thstate of US in 1959.

Hawaii native language was banned in 1896. Majority of Hawaiians know to speak only English. MCC Sri Lanka is to also conduct affairs only in English. Hawaiian lands and waters have been taken for military bases, resorts, urbanization and plantation agriculture. Take a good look at the MCC Sri Lanka map — all of the areas it highlights will fall under their domain. Hordes of Tourists & Corporate Tourism has only resulted in cultural prostitution. The hula, which is an ancient form of dance with deep spiritual meaning, is today made into a form of exotica for the gaping tourist. Hawaii’s culture has been commodified – Sri Lanka’s culture will see same results.

There are similarities in Hawaiians & Sri Lankans

The Australian land title certificate introduced in 1858 known as Torrens Certificate of Title is applied in Hawaii (only 10 states in US follow Torrens system) The Torrens certificate replaces the deed and is the ultimate legal authority over title to a property. It erases the prescription details and history in a deed and has the details of only the owner possessing the title certificate. Torrens certificate comes with an Insurance policy sponsored & funded by the government to resolve title disputes. Land forged & registered unfortunately leaves the original owner to be satisfied with only compensation. He cannot obtain his land back. 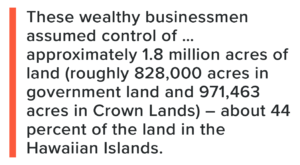 He who vests that control in foreign hands is ceding the sovereignty of the land.

Let us learn from mistakes and not repeat those mistakes 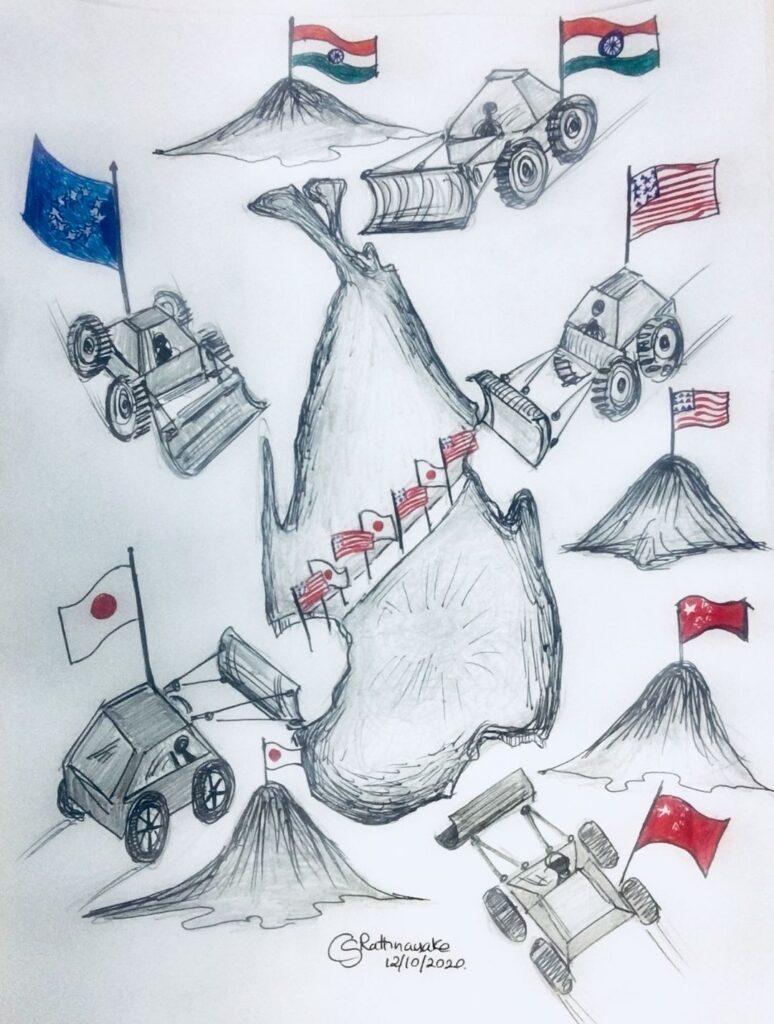